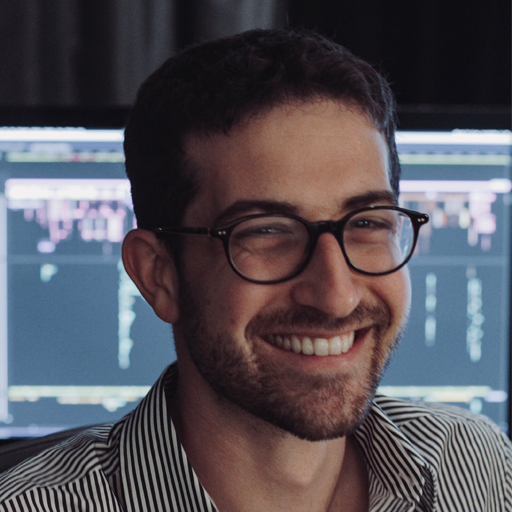 Yaniv graduated from USC's School of Cinematic Arts in 2011 and has been editing scripted and unscripted series, documentaries, and commercials ever since.

He has experience in many genres and styles. In addition to editing the popular sketch series Hardly Working for CollegeHumor, he edited the scripted shows Kingpin Katie, Gods of Food, Downbeat, and Ultramechatron Team Go, as well as the unscripted game shows Paranoia, Um Actually, The Rank Room, and Game Changer. ​

Documentaries are a special passion of his and he recently finished editing Break the World, directed and produced by Judy Korin (The Great Hack). He was also an editor on the Epix movie Election Day: Lens Across America. ​

Yaniv is available for both union and non-union work, and is proficient in both Premiere and Avid.